Forget Macy’s annual holiday window display in San Francisco. Local San Franciscans are creating their own eye-catching and very amusing window display right in their own office. Using a little bit of creativity and a lot of colorful Post-Its notes, workers are decorating their office windows with images such as Pacman, the Minions, Super Mario brothers, Hello Kitty and more. The creativity doesn’t stop there, messages written in post-it notes are used to communicate to their fellow neighbors who have also joined in on the post-its fun. Messages ranged from “Get Back To Work”, “We r Hungover”, and even a game of hangman are being played between two office buildings across from each other.

The post-it window display can be seen between four office buildings in downtown financial district right on 2nd St., Mission and Market. As well, workers have taken their post-its fun to social media networks like Twitter, Tumblr and Instagram using the #sfpostit hashtag. 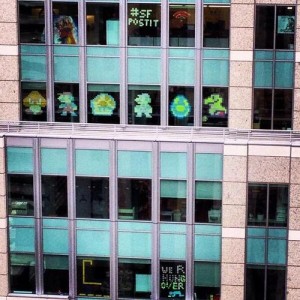 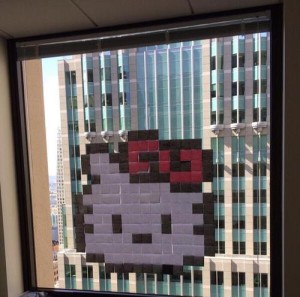 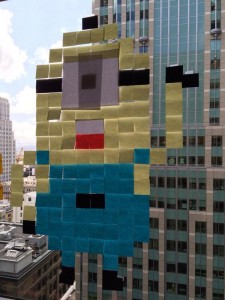